An exhibition by Drawing Connections in which 14 artists test the boundaries of drawing and explore different ways to make work collaboratively.

As Mario Mertz says, ‘co-operation is one of the most necessary of human possibilities. On Our Way to Where? offers a chance to test ideas in an experimental space and includes a wide range of work – site-specific, sculptural, cyanotype, painting, drawing, film and animation.

This is Claire Manning and Nicola Saunderson collaborative piece for the show. It includes two films – one from each artist – both shot at the River Thames at North Greenwich near the O2 arena. It’s an area with a complex story; maritime past, now site of a combination of the Blackwall Tunnel, newly developed tourist attractions, a public footpath and no-go areas often marked by barriers. These uninviting areas are non-spaces; overlooked, abandoned places passed through on the way to somewhere else.

In the installation, the two films overlap, merge and interrupt each other as they are in turn disrupted by the rough walls of the gallery and corner space. They offer an unstable, constantly shifting collage which gives in one instant a hint of faint ghostly form only to clarify into strong architectural lines in another. A mirror doubles the image, draws in the gallery ceiling and bends the angle of the gallery wall.

Claire says of her piece of footage; ‘It’s not a film – a narrative – but a moving image that attempts to capture some sense of how it feels to be in the site depicted. The section of my footage I’m most interested in is the disrupted, off-centre horizon line. One way of describing a drawing is as the art of representing or outlining an object by means of lines. For me, the horizon line is an architectural line; a punctuation, a thing that divides one thing from another, although as yet I’m not sure exactly what is being delineating or why. Influences: The Glider, Ernie Geyr – abstraction; the hidden, concealled, ambiguous image.’ 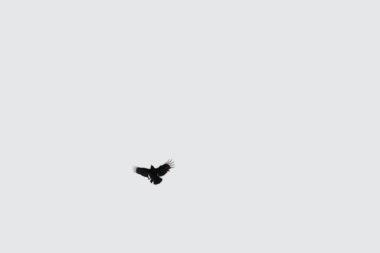