I find the unfinished box templates seductive as they sit carapace-like, cut out and scored ready for folding.

This work investigates my interest in the way the female image is portrayed in modern culture, stereotypically one of passive perfection offered for possession. Re-assembled in totality, my boxes deliver a finished product; woman, constructed – templates for building an idea of the perfect female form. The notion following the pattern can result in such an achievement feels silly and has associations with the stereotypical devices the work seeks to subvert, but I like the dictatorial tone it sets which chimes with the tactics of the stereotype.  However, refusing to complete the final step of making to leave the raw material poised mid-state can be viewed as simply another level blocking production of yet another generic image.

This failure to follow through exposes the possibilities of constructing an alternative image from what remains – one with multiple, shifting possibilities. 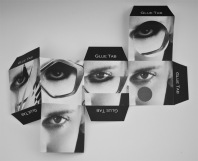 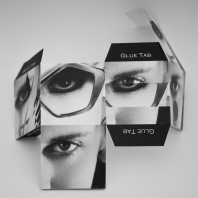 I’m interested in the way the assembled image contains a mixture of apparently randomness juxtaposed with areas of clarity where templates align to reveal the wider picture. I can see this working as a print on beautiful matt paper, linking elements of all the boxes in perhaps a more simplified manner that liberates specific areas of the print from the flat paper surface.

One thought on “Template for creating the ideal female”